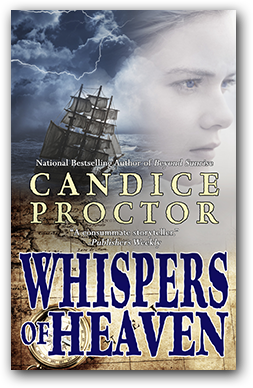 
"A wonderful novel rich in emotion... One of the best historical romances I have ever read."
—Jill Marie Landis

Tasmania, 1840: Jesmond Corbett returns home from school in London determined to conform to the expectations of her aristocratic family and marry the childhood companion to whom she is betrothed. But Jessie is a woman filled with restless longings and unacknowledged needs. And nothing in her sheltered life has prepared her for Lucas Gallagher, an Irish rebel doomed to a lifetime of suffering and humiliating servitude.

For Jessie's island home is a place of brutal contradictions, its genteel lifestyle and gracious estates based on the soul-crushing labor of the convicts who toil under the British penal system. Haunted by a tragic past but fiercely proud, Gallagher has vowed to escape this living hell or die trying. But he can't resist the dangerous desires stirred by the vital, troubled young woman to whose family he has been assigned. And although they know their love can have no future, the star-crossed lovers inevitably succumb to a forbidden passion that threatens to destroy both their lives and Gallagher's last chance to reach for freedom. 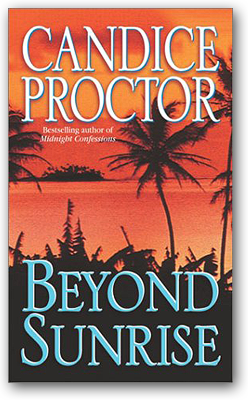 
"A sensuous Victorian-era adventure...Rich in evocative details, challenging conflicts and vibrant, multidimensional characters, this atmospheric intrigue is as sultry and seductive as its tropical setting. Like a brisk ocean breeze, this book will revive readers weary of the usual romance formulas." Starred review
—Publishers Weekly

Can life ever be a real adventure without falling in love?

Ever since she can remember, India McKnight has craved adventure and dreamed of lands past the horizon. Following her calling, she becomes a travel writer, vowing never to risk her freedom by falling in love. But when she sails to the exotic and unknown regions of the South Pacific, a rugged man brave enough to be her guide just may be the one who can lay claim to her heart.

Having turned his back on the "civilized" world long ago, Australian Jack Ryder lives in seclusion, hiding from the pain and betrayal buried in his past. When a hardheaded Scotswoman arrives at his hut looking for a guide, he agrees to take her to the island of Takaku—despite the challange—just to prove her stubborn theories about native life wrong. But when their journey turns dangerous, their fates become forever entwined. Chased by cannibals and the British army, forced to rely on each other for their very survival, they soon discover that passion and even deeper peril await them...just beyond the sunrise. 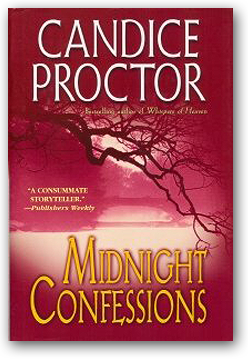 The year is 1863, and in occupied New Orleans, a young French widow and confirmed pacifist devotes herself to the sick and injured of a grand city now under the heel of a harsh enemy. Then a bizarre death in one of the city's cemeteries puts Emmanuelle de Beauvais at the center of a murder investigation and under the watchful eye of Yankee provost marshal Zachary Cooper. As much as she despises the man's uniform and the war of which he is a part, Emmanuelle finds the man himself difficult to resist.

A career cavalry officer sidelined by a battle wound, Zach Cooper has never been so intrigued by a woman. Even as Emmanuelle veils every truth with layers of lies, Zach finds himself undeniably drawn to her. Torn between passion and duty, Zach must uncover the dark secrets behind a series of murders that threaten to ensnare Emmanuelle in a menacing web... 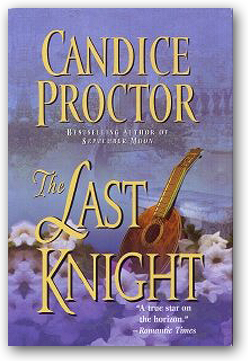 
"A powerful combination of romance, suspense, and adventure...a compelling read."
—The Oakland Press

A haunting tale of passion and redemption as one man's quest for glory becomes an unexpected crusade to save his soul...

A betrothed young noblewoman fiercely loyal to her family and king, Attica d'Alerion is forced to disguise herself as a courtier and ride bravely into danger to warn her brother Stephen of a political betrayal that could lead to war.

Damion de Jarnac is the black knight, a rogue horseman bound by no code of honor except his own ambition. Working for the aging King Henry II, Damion scouts the hills of Brittany on a dangerous mission to expose the treachery of Philip of France. There he joins forces with a courageous lad—who turns out to be the most intriguing woman he has ever met. But to win the beautiful Attica's love, Damion must slay the demons of an unforgivable past. And to save his doomed King, he must make a deadly decision that could break his lady's noble heart. 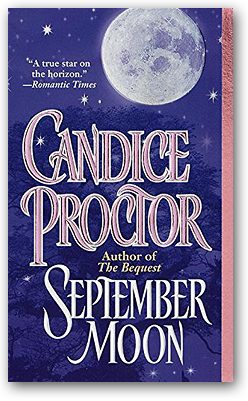 
"...brilliant portrayal of the beauty and ruggedness of Australia and the powerful people who survive there."
—Romantic Times

September Moon...a beacon of hope in a land where spring comes at the end of the year, and it's never too late for a woman to become the person she was meant to be.

The Englishwoman... Accepting a job as governess in the wilds of the Australian Outback is the only way Amanda Davenport can earn passage home to her beloved England and away from this rugged, frightening place she hates. Despite her fears, Amanda finds herself gradually drawn to this wild, primitive land as she rediscovers the joys of laughter and love and the irresistible passions of the heart.

The Australian... As he struggles to bring up three irrepressible, motherless children on an isolated station plagued by all the dangers of South Australia in 1865, the last thing Patrick O'Reilly wants is a prudish spinster complicating his life. But it's not too long before he begins to suspect that Miss Davenport is not exactly what she seems. 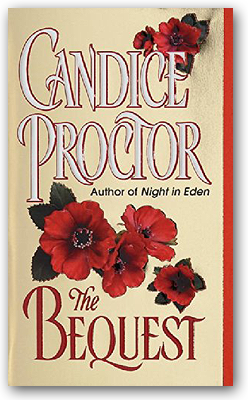 
"Proctor knows how to create characters that take center stage and incorporate history into their stories with a sure hand."
—Romantic Times

The Bequest...a house of sin, a legacy of strength, and an unexpected means to salvation.

An unforgettable story of the corruption of innocence and the triumph of determination and love.

Gabrielle Antoine's quest to understand her mysterious past lures her from the gentle warmth of a New Orleans convent to the rough mining town of Central City, where she discovers a heritage of sin and shame, a ruthless, deadly enemy—and a love too powerful to be denied.

A dark and dangerous man as fast with a gun as with a deck of cards, Jordan Hays is haunted by the tragedies of his past and determined never to love again. But he cannot walk away from the promise made to a dying friend, or from the unwanted yet irresistible feelings Gabrielle arouses within him. 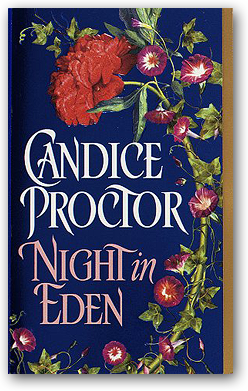 Bryony Wentworth's life is shattered when she is convicted of manslaughter and transported to New South Wales in 1808. Sentenced to indentured servitude, she is given to Hayden St. John. A hard, embittered man left with an infant son by the death of his gentle wife, Hayden has little but contempt for the muddy, vermin-ridden convict on whom he must rely. But Bryony is a survivor. As they journey through the outback to Hayden's rugged station, Bryony rediscovers her own strength even as Hayden finds his salvation and rebirth in a love as forbidden and dangerous as the land that surrounds them.